voctomix is written in Python and uses GStreamer

voctomix is a software based system for interactive live mixing of incoming video streams, designed for the needs of conference recording.

voctomix was developed by the C3VOC and is used extensively by the TimVideos project. The design was originally heavily influenced by the original gst-switch design but is instead written in Python.

FIXME: This diagram is for gst-switch, voctomix is similar in design but has some differences!

DVSwitch is a digital video mixer intended for interactive live mixing of several incoming DV video streams. It was originally designed for the needs of DebConf; It has now been used for various other conferences, meetings and live musical performances.

voctomix project is intended to be a replacement of DVSwitch based on GStreamer. It aims to do interactive live mixing of incoming video streams, designed for the needs of conference recording. 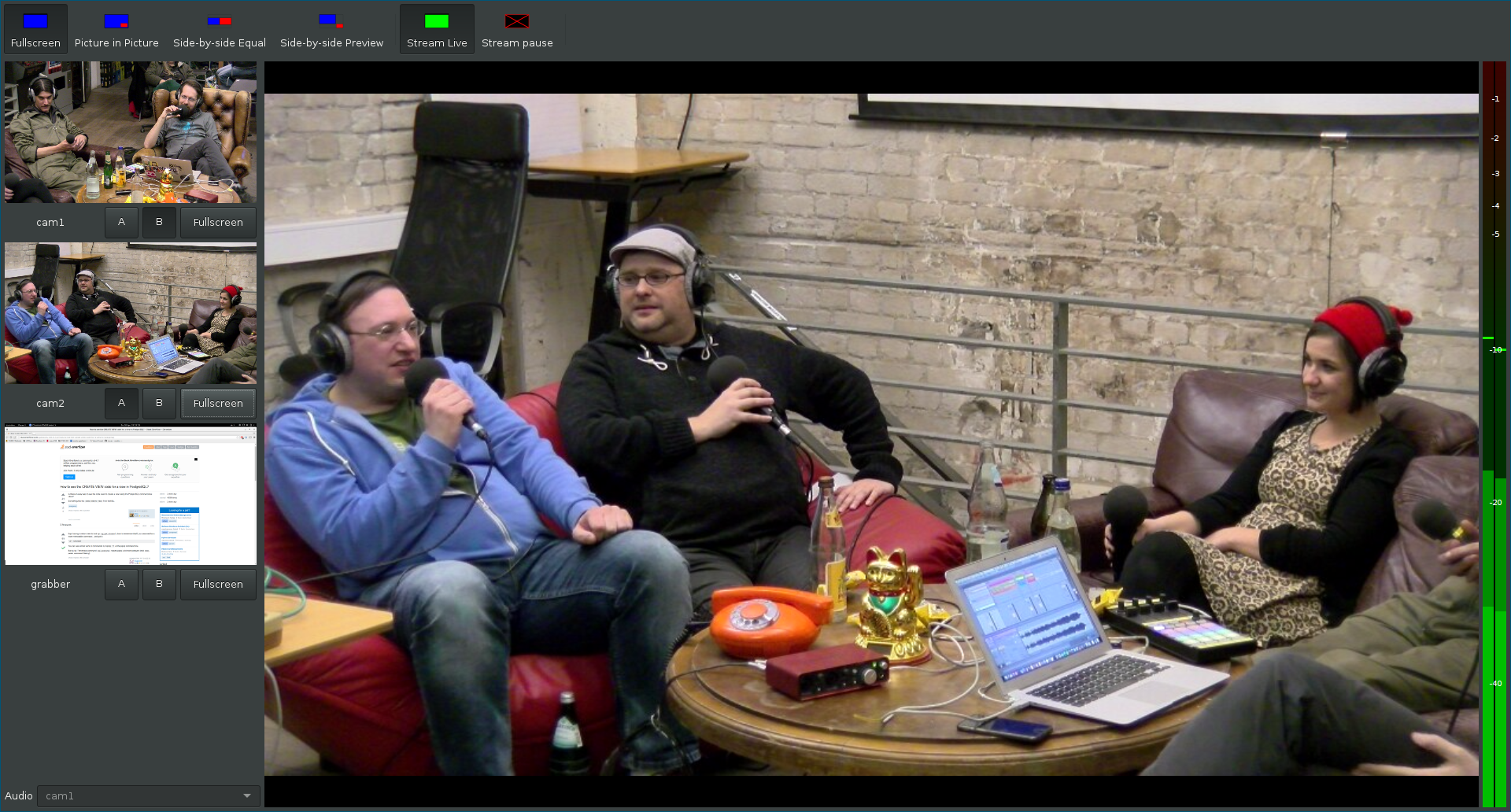 voctocore is the part which actually does the real work. It accepts incoming video streams and then chooses one to output.  It also supports a limited number of ways to mix a maximum of 2 streams at once.

The server has a constant stream output stream. This stream is well formed for a given format set on start (IE 720p60 or 1080p50 or similar). Both video output and audio output regardless of any problems in inputs (such as corruption or dropped frames) and even if no input streams remain.

The user interface should be a program which connects to the gst-switch server and allows a user to configure features about the server.

vocto-outcasts are extra scripts for interfacing with voctocore. They allow capture from multiple different types of video sources.